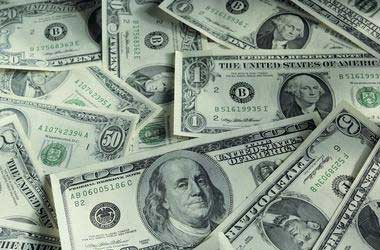 The dollar index rebounded to 92.50 Tuesday, after trading at three month low of 92 on the first day of the week. The rebound was fueled by impressive PMI (purchasing managers’ index) data, which for the time being has poured cold water on the requirement for additional stimulus to back the short-term economic rebound.

Furthermore, reports of Trump administration providing access to federal resources for the transition team formed by Joe Biden also had a positive impact on the dollar.

According to IHS Markit, the US Composite PMI (purchasing managers’ index) increased to 57.90 in November, from 56.30 in the earlier month, reflecting a five-and-a-half-years high private sector business activity, as per preliminary data.

Furthermore, employment increased to the highest level since the study started in 2009. With regards to price, companies upwardly revised their selling prices at the fastest rate on record due to rising demand scenario.

Input costs also rose at a record pace as demand for inputs and supply shortfalls caused an increase in supplier prices. Going forward, business sentiment hit the highest level since May 2014, driven by optimism over Covid-19 vaccine and ceasing of uncertainty caused by Presidential election.

In another news release, the IHS Markit has stated that the US manufacturing PMI surged to 56.70 in November, from 53.40 in October, surpassing market outlook of 53, as per flash estimates.

The reading indicated robust expansion in factory activity since September 2014 and sharp increase in output, primarily driven by a significant rise in fresh business as demand environment strengthened.

Furthermore, the increase in production was the quickest since March 2015 and fresh export orders also recorded a recovery but employment eased in spite of robust increase in backlogs of work since August 2014.

The phase of input price inflation increased at the quickest rate since October 2018 as demand for inputs rose yet again and against the backdrop of a sharp fall in vendor output. Business confidence jumped to the highest level since February 2015.

Likewise, the US services PMI increased to 57.70 in November, from 56.90 in the earlier month and higher than economists’ forecasts calling for a reading of 55, as per preliminary data.

The recent reading reflected the sharpest growth in output since March 2015, fueled by the steepest rise in fresh orders since September 2018 and the robust employment growth since data compilation started in October 2009.

With respect to price, input costs increased at record rate due to a rise in supplier prices and increase in wages. A portion of higher costs were passed on to clients by enterprises, nevertheless, via a steep increase in output costs.